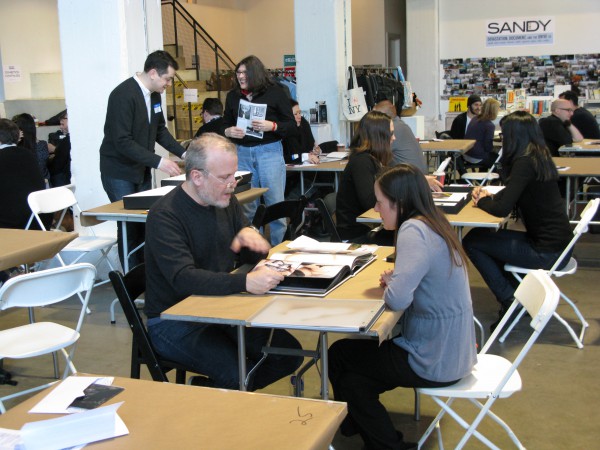 Below is the list of esteemed reviewers for the 12th annual powerHouse Portfolio Review which will take place on Sunday, March 6th, 2016 (biographies below). More reviewers for the 2016 session will be announced shortly; follow @portfolioreview to learn who and when and updated deadlines and news!

Reviewers are subject to change, and we’ll continue to add more, so please keep checking back. Expect around 25-30 reviewers total.

Elizabeth Avedon
Independent Curator; Contributor, L’oeil de la Photographie
Elizabeth Avedon is an independent curator and contributor to “L’oeil de la Photographie,” profiling notable leaders in the world of Photography. She has received awards and recognition for her photography exhibition design and publishing projects, including the retrospective exhibition and book, “Avedon: Photographs 1949-1979″ for the Metropolitan Museum of Art, Dallas Museum of Fine Arts; and “Richard Avedon: In the American West” for the Amon Carter Museum, the Corcoran Gallery of Art, and The Art Institute of Chicago, among many others; as well as curating several exhibitions at New York’s Leica Gallery. In addition, she has also worked with The Menil Collection and the Estate of Diane Arbus.

Bonnie Briant
Designer, Yoland Cuomo Design
Bonnie Briant works as a photographer and graphic designer. Down These Mean Streets, which she designed in 2012 for photographer Will Steacy, was shortlisted for Aperture’s First Photo Book Award and named one of Photo Eye‚ Books of the Year. She also does work for the record label UNO! NYC, Abrams, Cafe Integral and Istanbul Eats, among others. Her photographs have been featured on NPR, FotoVisura, The New York Photo Awards and National Geographic blog. Briant graduated from the Photo and Imaging Department at NYU‚ Tisch School of the Arts and currently lives in Brooklyn.

Susan Carlson
Curatorial Assistant, International Center of Photography
Susan Carlson is a Curatorial Assistant at the International Center of Photography, where she has worked for over four years on exhibitions, publications, and collections projects. Prior to working with ICP, she worked in curatorial departments at the Museum of Modern Art and the Art Institute of Chicago, as well as arts foundations and artist archives. She holds a BA in Art History with a minor in Cinema and Media Studies from Carleton College and an MA in Modern Art: Critical and Curatorial Studies from Columbia University

Sarah Foster
Senior Creative Content Manager, Getty Images
Sarah Foster works as the senior creative content manager at Getty Images, based in New York. She has been with Getty in various capacities for 16 years, starting with The Image Bank and working in research, sales, and then the Creative department as the company and the stock industry have evolved. She manages a global team of editors, working collaboratively with Getty contributors and art directors on creative shoot development, image selection, and content curation for the Getty Images house collections.

Erik Hinton
Director of Interactive Media, VICE
Erik Hinton is currently the Director of Interactive Media at VICE. Previously, he has worked as a developer on the New York Times newsroom interactive desk, a lead developer at Talking Points Memo, and a freelancer video editor and post-production artist. He is primarily interested in taking the lessons of experiential learning and joy from game design and incorporating them into the future of non-fiction and news.

Natalie Ivis
Content Editor, Magnum Photos
Natalie Ivis is the Content Editor at Magnum Photos, handling all editorial assignments for the New York office. Natalie produces and edits new content projects. Prior to working at Magnum Photos, she assisted in the book program at Aperture Foundation. Natalie studied photography and international studies, going on to earn a Certificate in Documentary Studies with a focus on documentary photography and multimedia production.

Jeana Hong
Senior Art Buyer, Anthology Productions
Anthology Productions was founded by Jeana Hong who received a B.F.A. from the Rhode Island School of Design. Based out of New York, she has cast and produced global advertising campaign shoots for over a decade in 9 countries with noted photographers such as such as Patrick Demarchelier, Craig McDean and Steven Meisel. She has sourced over 40 photographers for clients including Brooks Brothers, Cherokee, Coty Fragrances and Nautica. Jeana has served as the head of advertising production for Brooks Brothers -the oldest American fashion brand, and as Business Manager at the advertising agency, Laird+Partners.

Danielle Jackson
Founder and Principal, Culture Culture
Danielle Jackson is the co­-founder and former co-director of the Bronx Documentary Center, a community-based gallery and educational space that uses photojournalism and documentary film to create conversation on social change. Formerly, she ran the Cultural department at Magnum Photos, where she coordinated a range of exhibitions, lectures, and screenings for museums, universities, and photo festivals in more than a dozen countries. She has worked with students of all ages at NYU, ICP, and Stanford University. Currently she advises cultural institutions on community engagement and audience development strategies.

Anjuli Lebowitz
Jane and Morgan Whitney Fellow, Department of Photographs, Metropolitan Museum of Art
Anjuli Lebowitz is a Jane and Morgan Whitney Fellow in the Department of Photographs at The Metropolitan Museum of Art. Her scholarship in the history of photography has been supported by the Getty Research Institute and the Samuel H. Kress Foundation. She has served as a Teaching Fellow at Harvard University and worked in curatorial departments at The Museum of Modern Art, the American Federation of Arts, and the Philadelphia Museum of Art. Anjuli earned an M.A. from CUNY Hunter College and a B.A. with honors from Williams College, both in art history. She will receive her doctorate from Boston University next year. She is interested in the work of photographers that engage actively with photography’s history, whether through process, subject matter, or theory.

Tasha Lutek
Photography Collection Specialist, Museum of Modern Art
Tasha Lutek is currently the Collection Specialist in the Department of Photography at MoMA, where she has worked on numerous collection projects and publications, including the 75th anniversary edition of Walker Evans’s American Photographs. Before arriving at MoMA in 2010, she received her MA inCollections Management and Photographic Preservation at Ryerson University, in conjunction with the George Eastman Museum and her BFA in Photography at Parsons School of Design.

Frank Meo
Director, Found Folios
For 25 years, has represented photographers that include Pulitzer Prize winning photojournalists in securing highly valued commercial assignments. He has worked on hundreds of company photo libraries and campaigns for clients such as American Express, Acura Motor Sports, US Coast Guard, Xerox, ESPN, Citi, Nike and others.

He participates on various panels and workshops; The Eddie Adams Workshop, International Center of Photography (ICP), The Art Directors Club, The One Club for Art & Copy, American Society of Media Photographers (ASMP), NY Foto Works and Advertising Photographers of America (APA), PDN Expo and Palm Springs Photo Festival. In 2010 he was a nominator for the prestigious Infinity Awards. He has judged for Lucies Awards, IPA, Foto Week DC Awards, Moscow Photo Awards as well as PDN Photo.

Currently he writes a monthly column for Resource Magazine and Pro Photo Daily.

Daniel Power
CEO, NYPH & powerHouse Books
Daniel Power is a founder and the director of the New York Photo Festival, established in 2008, and is the CEO of powerHouse Cultural Entertainment, Inc., which encompasses powerHouse Books (est. 1995) and related initiatives, including The POWERHOUSE Arena (2006), powerHouse Packaging & Supply (2011), and most recently POW! (2013) powerHouse’s children’s book imprint.

Josh Raab
Associate Photo Editor, TIME.com
Josh Raab completed a Bachelor’s in Sociology at Colorado College, where he also served as Chief of Photography at The Catalyst. He went straight into the Documentary and Photojournalism Program at The International Center of Photography. He is the executive editor of Jay Peg’s Photo Pub. an online and print publication for emerging photographers. Josh’s photography has appeared in The New Yorker, The New York Times Lens Blog, TIME Lightbox, People Magazine, Focus, New York Magazine, Bloomberg.com, The Boston Business Journal, among others. He is currently an Associate Photo Editor at TIME.com, overseeing the visual approach for the Technology and Business sections and a professor at the International Center of Photography.

Rebecca Robertson
Photo Editor, Photo District News
Rebecca is photo editor of Photo District News and PDNOnline, where she writes the Photo of the Day blog. Previous experience includes working as the photo editor of ARTnews magazine, where she was also a contributing writer. She was a founding editor of the website New York Photography Diary and has lectured at Haverford College, Moore College of Art, and The School of Making Thinking, among other institutions. She has an MFA from the School of Visual Arts and studied fine art, photography and art history at Bryn Mawr College.

Gabriel Sanchez
Photo Essay Editor, BuzzFeed
Gabriel H. Sanchez is a writer and artist who is currently the Photo Essay Editor at BuzzFeed. His curation of photo essays at BuzzFeed aims to merge exceptional photography with the power of the social web. He holds a master’s degree in Photography from Parsons School of Design and his texts on photography have been published in various outlets including Artforum, Aperture, and Artslant.

Michael Shulman
Director, Publishing and Film, Magnum Photos
Michael Shulman has been with Magnum since 2002, where he has edited and been responsible for placing photography and clearing rights for book covers, and for set design and special features for feature films and documentaries. Previous projects include Bob Dylan’s “Together Through Life” from 2009, and the current Hitchcock/Truffaut documentary. He is also a consultant for Reel Art Press, with whom he co edited the new book “Cuba 1959”, featuring the work of Magnum legend Burt Glinn. He is now working on a new book of Burt Glinn’s photos, The Beat Scene, also for Reel Art Press, to be published in 2016. Michael is a native New Yorker, now living in Washington Heights.

Bernadette Tuazon
Senior Photo Editor, CNN Digital
Journalist and veteran photo editor and multimedia producer with deep experience in covering breaking news and feature projects. Prior to joining CNN, I was multimedia and interactive photo editor for The Associated Press until September 2013.

Awards include the 2010 Edward R. Murrow Award for Video News Documentary entitled “Killer Blue: Baptized by Fire,” in collaboration with a team of AP photographers, interactive producers, and editors. Also a two-time Webby Awards honoree for the AP’s “Depth of Field” audio-photo gallery series showcasing photo coverage by AP photographers worldwide and for a time-lapse project on the historic 2008 presidential elections.